Client: Hammersmith and Fulham Council and the The Fulham Palace Trust, London

"The quality of the carving of your company has provided for Bishop Sherlock's Room is, by common consent, simply outstanding. Congratulations to you and your team of carvers on a superb job. The craftsmanship on display is extraordinary and the appearance of the room is remarkable as a result."

The first phase of the project, including the restoration of Bishop Sherlock's room, which was hand carved by Agrell Architectural Carving, won first place in the conservation category for the Royal Institute of Chartered Surveyors (RICS) London Awards in 2008, beating other prominent restoration projects, such as St Pancras Station and the Royal Festival Hall. This prestigious award, considered the "Oscars" of the built and natural environment, recognises those organisations and individuals who exhibit excellence of craftsmanship, value and a solid commitment to sustainability. 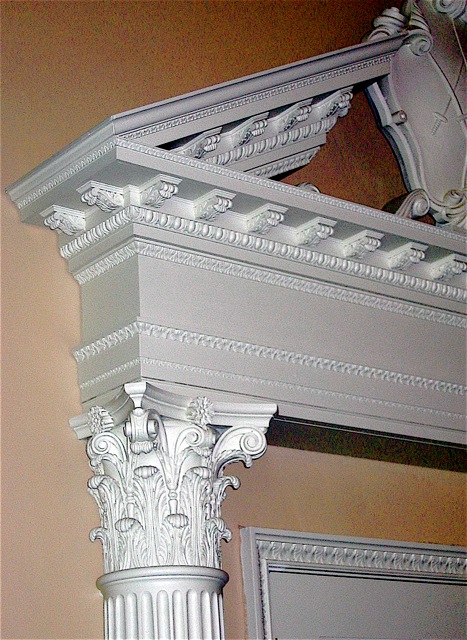 The focal point of the restoration was Bishop Sherlock's Room. When Agrell Architectural Carving received the commission to recreate the carved decoration for this 18th-century room, there was very little left of the original ornamentation. In fact, the room was almost entirely gutted and nothing at all remained of the original fireplace, which had to be completely recreated.

The architects, Thomas Ford & Partners, were able to discern certain elements only by the marks and shadows that remained on the walls. Knowing the original room had been built sometime around the mid-1700's, Agrell Architectural Carving researched decoration from that period. To further assure authenticity, all of the carving was executed in pine and then painted. Pine was the wood originally used for the carvings, and Master Carver, Ian Agrell wanted to honour that tradition.

Highly complex, the project involved roughly 20 different elements for four door frames and the elaborate fireplace. The scheme boasts classical corinthian capitals, egg and dart and acanthus mouldings and various profiles in the fireplace, door surrounds and in the casework around the doors and windows. The fire surround incorporates brackets, ornate moulding and an exquisitely carved central frieze of acanthus and flowers. Bishops Sherlock's coat of arms sits between the carved broken pediment of the main door.

Of course, large-scale projects require time. The woodwork for Bishop Sherlock's room in Fulham Palace called for approximately 3,000 woodcarving hours. Agrell Architectural Carving is often selected for projects of this magnitude because we have the capacity to deliver accurate, superior quality hand carving in a timely manner. With 15 carvers on staff, we are able to produce over 600 hours of carved decoration a week.

The true beauty of a period project such as Fulham Palace goes beyond exceptional craftsmanship. As Ian Agrell himself explains, "It was wonderful to have an opportunity to restore a room completely. You really feel in touch with the carvers who went before you. Only you and the carvers before you really understand the project. So you have this intimate feeling across the eons. It is quite moving." 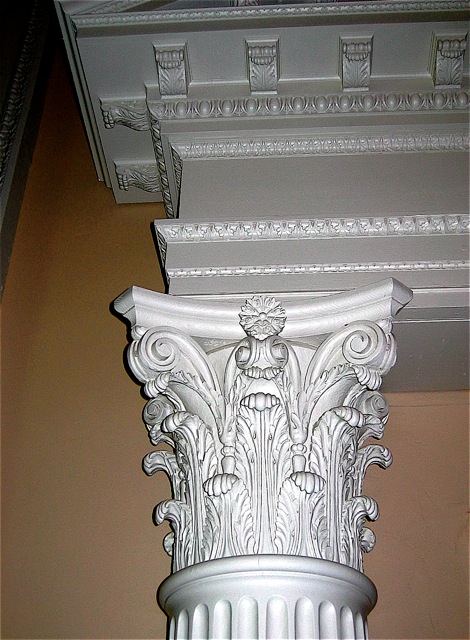