An essentially eclectic design style, Art Deco burst onto the scene in Paris during the glamorous and decadent 1920's and 1930's and quickly spread to other major cities around the world. The term "Art Deco" itself was derived from the legendary design exhibit, "Exposition Internationale des Arts Decoratifs Industriels et Modernes," which was held in 1925 in Paris.

Although considered a highly modern style, Art Deco is based on classical forms. In fact, it was greatly influenced by many early 20th century styles and movements, including Neoclassical, Constructivism, Cubism, Modernism and Futurism. 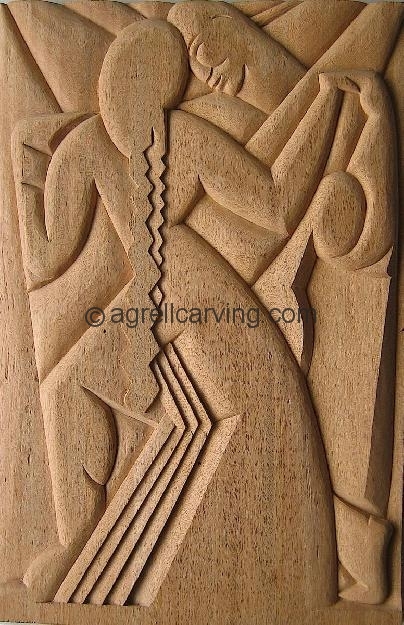 Common motifs, inspired by Egyptian and Aztec forms, such as chevron patterns, the ziggurat, the fountain and the sunburst are typical. Sleek, smooth lines, linear symmetry, crisp geometrical patterns and the bold use of stepped forms and broad curves create a simple, yet elegant style that is rich, exuberant and festive in character.

Art Deco is fundamentally a fusion of diverse historic sources, however, the materials are modern and industrial. Different types of wood, inlaid wood, lacquer, precious and industrial metals, plastic, glass and other natural and synthetic materials are employed.

Part modern, part historical and utterly unique, Art Deco is a style we are completely at ease replicating. Whether it's a Rateau-inspired chair or a dramatic doorway crisply carved with symmetrical sunbursts, we can create a work of unabashed authenticity.