Armand-Albert Rateau (1882-1938) was a French decorator and architect; however, it was through his furniture design that he became one of the most influential contributors to the art deco movement of the early 20th century.

The wit and delicacy of Rateau's work is astounding, together with the skill level required to execute it. A subtle hybrid of styles, his work is at once ancient and yet has an entirely modern aesthetic. He was greatly influenced by disparate styles, including the geometric-absract design principals of his time and the ruins of ancient Pompeii and Herculaneum in Italy. 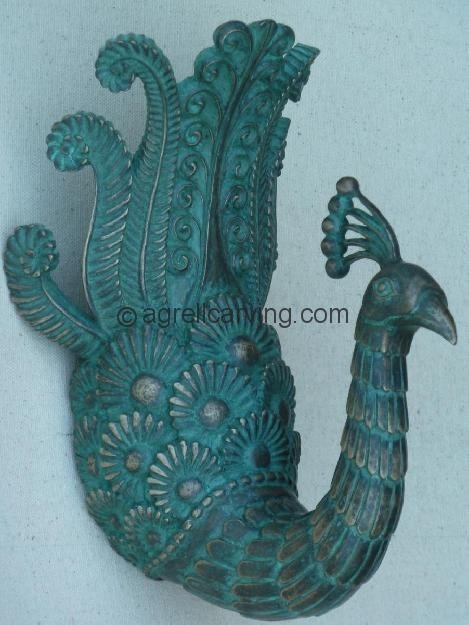 At Agrell Architectural Carving we hand carved this Rateau inspired master and cast it in bronze.

Rateau often juxtaposed a striking mix of materials, such as oak and black marble or alabaster and cast bronze to create luxurious furnishings and fixtures. His quintessential art deco style is abundantly evident in his design of a master bedroom and bath suite for the influential Parisian couturiere Jeanne Lanvin. In her bathroom, for instance, he created geometric mosaic tiled floors in cream and black marble. A delicate carving of a tranquil forest scene sits above an enormous, hand-carved bathtub, reminiscent of the ancient Roman baths. The overall effect is one of opulence, tempered by simplicity.

If this type of aesthetic is what your client is looking for, look no further. At Agrell Architectural Carving, we have had great success replicating Rateau-inspired pieces for several of our prestigious international clients. The style is a favorite of Ian Agrell himself, and he has created many pieces for his own enjoyment.