The early Renaissance started in the first quarter of the 15th century in Florence and spread to Milan, Venice and other cities in Italy, and finally to Rome. It was during this time that Classical detail and ornamentation developed fully in variety and richness of design and in beauty of execution, not just in Italy, where it began, but France and Spain as well. However, the movement was much slower to reach Germany, England, Russia and the rest of Europe.

The Italian architect, Filippo Brunelleschi (1377-1446) is recognised as the founder of the Renaissance movement. In his study of the ruins that remained of ancient Rome, he noted that each building had set rules of proportion and order.

As a result, symmetry, proportion, geometry and regularity of architectural elements are fundamental to the Renaissance style. It is characterised by a methodical placement of columns, pilasters, lintels and the use of semicircular arches and domes, niches and small shrine-like spaces.

Further exploration of classical antiquity led to the incorporation of Classical detail and ornamentation. All of the decorative details are carved with extraordinary precision, including mouldings, which protrude around doors and windows as opposed to being recessed. Long, narrow paneling often features a carved central medallion surrounded by a vase, dolphins, dragons, or birds and foliage. Renaissance-style carving is an excellent example of ornamental design that is as decorative as it is simple.

During the period known as the High Renaissance, ornamentation based on elements of classical antiquity was used more often and with greater confidence, giving way eventually the the freer, more playful forms of the Later Renaissance.

While the Renaissance style differs from period to period and from country to country, each has its own intrinsic beauty. Whether your client is looking to replicate a relief on panels, pilasters or capitals; whether the scene is a combination of scrolls, meandering foliage, exaggerated animal life or simplistic human forms, our woodcarving experts can capture the elegance, delicacy and subtlety of line of this period, down to the very minutest of details. 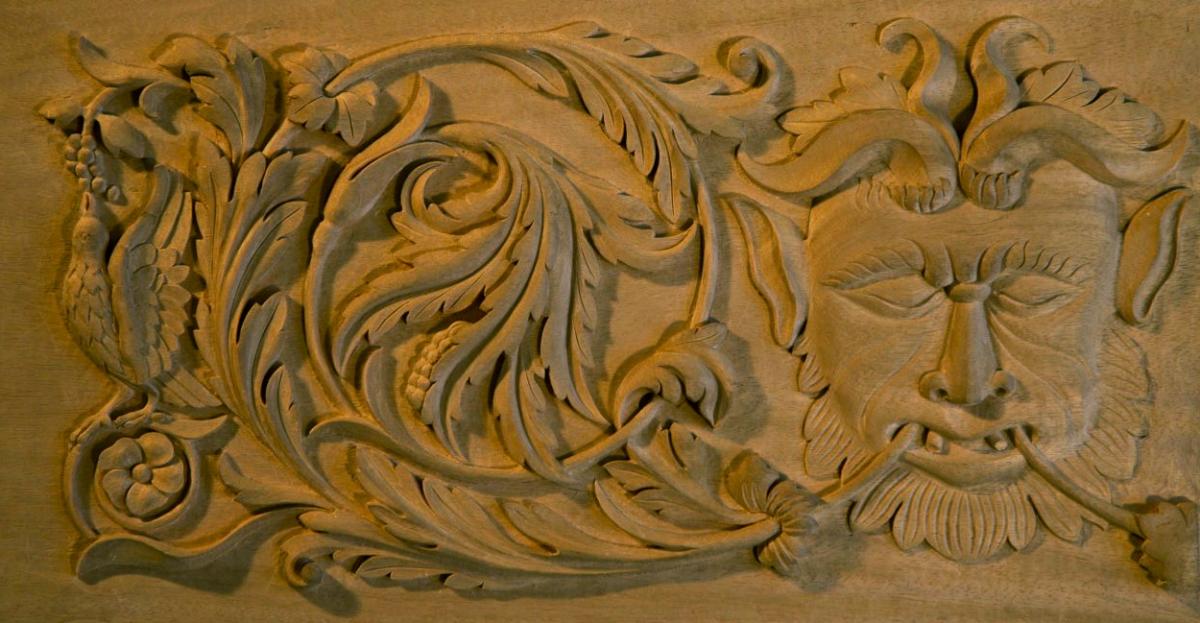 How to apply the Renaissance style into hand carved appliques.