Decorative wood-carved panels, depending on the period style, can define the look and feel of an entire room. They can be created in a variety of shapes and sizes and carved with geometrical, natural or artificial elements, either singularly or combined. Since panels, whether vertical or horizontal are developed symmetrically to their axes, the general effect of the details is one of harmonious balance and regularity.

OUR MOST FREQUENTLY REQUESTED PANEL SHAPES

The decoration of the square panel is based on two lines; two diagonals and two diameters, which join at the centre of the opposite sides. At the centre of the shape, the lines bisect each other and form a star of eight rays with alternately unequaled lengths. Typically, the rays divide the space into eight equal spaces, which are symmetrically decorated with ornamentation. However, the square may also be subdivided into separate spaces, each one decorated with a unique design. We can create square panels in all styles—from Greek to Renaissance to Art Deco.

Generally, the decoration of polygonal star panels is based on radiating axes. When there is no subdivision into separate panels, the ornamentation follows the natural lines of the division created by the diagonals. Star-shaped panels are more commonly found in the Arabian and Moorish styles, where the character of the ornamentation works well with a simple polygon.

The circular panel is in actuality a polygon with an infinite number of sides, which are divided into multiple parts using a radial axis. Another approach is to divide the circle into zones, which radiate out from the centre, decorating each ring-like band independently of the others. Further geometrical subdivision of the circle can be accomplished by inserting polygons or arcs. More often than not, the circular panel is decorated with an enlarged rosette or other form of ceiling flower, eliminating completely any delineation between the sections.

The oblong is the most frequently used shape and can be easily adapted to either a bi-axial or a mono-axial treatment. For the bi-axial treatment, the ornamentation is assembled around two diameters, which unite the centres of the opposite sides. Using these lines, the shape is divided into four smaller oblongs, which are identically decorated, with the organic growth of the ornament emanating from the four angles inward. 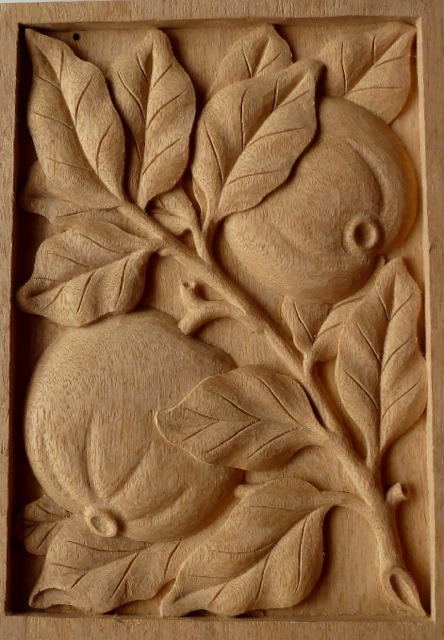 The lunette is a semi-circular, crescent-shaped panel decorated either symmetrically to one axis or divided like a fan into multiple sections that are decorated identically.

"Spandrel" is the name given to the shapes that remain once the circular shapes are removed from the quadrangular ones. The most common figure of this type is the Trianguloid, which is formed on either side of a lunette that is placed in an oblong frame. Decorative elements may include a rosette placed in the centre, oak, laurel and palm sprays, wreaths, flowing ribbons, trophies, figures in relief and other motifs done in a relatively naturalistic style. The same triangular shape results when a circle is decorated within a square panel, which is frequently seen in the enrichment of ceilings.

Seldom used, the lozenge includes the rhombus—a parallelogram with four equal sides and oblique angles—and the square, where one of its diagonals is vertical, resulting in a diamond shape. It may occasionally be found as a panel in lattices, doors, wainscoting and ceilings. 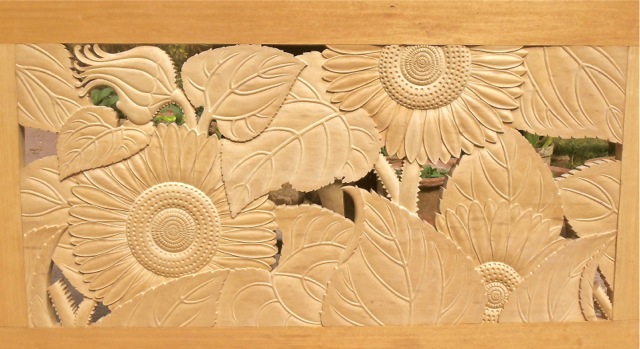